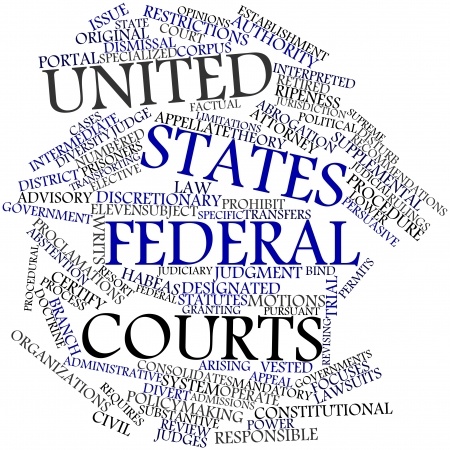 The Law Offices of Dennis C. Belli has provided federal criminal defense representation in the United States district courts for the Southern District of Ohio and Northern District of Ohio since 1987. Attorney Belli has defended clients in a wide variety of federal criminal proceedings, including conspiracy cases, controlled substance prosecutions, white collar crime and fraud cases, bank and Hobbs Act robbery prosecutions, and possession and distribution of child pornography cases. He is familiar with the significant differences in state and federal court practice and procedure. He has a good working relationship with federal law enforcement agencies, including the Federal Bureau of Investigation, the Bureau of Alcohol, Tobacco and Firearms, the U.S. Secret Service. the Internal Revenue Service, and the Drug Enforcement Administration. He is well respected by the federal court judiciary and the members of the United States Attorney's Office. If you have received a "target letter" from the United States Attorney's Office or have been named in a federal criminal complaint or indictment, call Attorney Belli immediately at (614) 300-2911 to schedule a no-obligation consultation to discuss your situation.

Our Law Firm Provides a Broad Range of Federal Defense Services Including:

Serving the Criminal Defense Needs of:

Dennis C. Belli, Attorney at Law, is centrally located near the Franklin County Courts Complex in Downtown Columbus, Ohio. Our firm provides criminal trial and appellate legal representation in the common pleas courts, municipal courts, environmental courts, mayor's courts, juvenile courts, and courts of appeals in Franklin County, Clark County, Delaware County, Fairfield County, Licking County, Madison County, Pickaway County, Ross County, and Union County; and in the federal district court of the Southern District of Ohio and the United States Court of Appeals for the Sixth Circuit.  Call (614) 300-2911 for a no charge consultation. This website is designed to provide general information only. You should not rely on the information contained on this website as formal legal advice. Every client's legal situation is unique and requires individualized treatment. Written, designed and ©2018 by Dennis C. Belli.